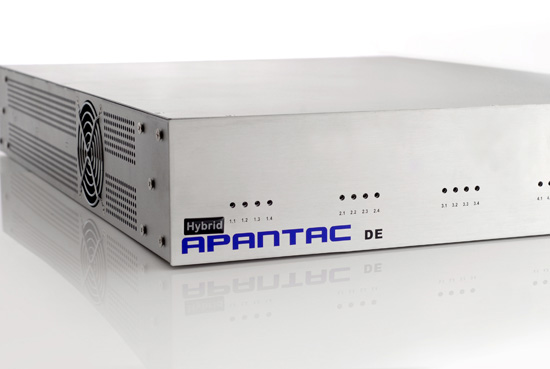 With computers being used more and more with traditional HD-SDI signals in control rooms and studios the need exists for DVI multi viewers that can combine computer signals and display them on the same monitor or a series of monitors.

As well as offering their traditional TAHOMA composite and HD-SDI LE/LI and LX multiviewers, Apantac also have their Universal range; The DE/DL and DX all offer various options of input configurations

The DVI multiviewers can be controlled with one keyboard and mouse meaning you can take control of any of the computers/workstations from one location replacing the need for a traditional KVM.