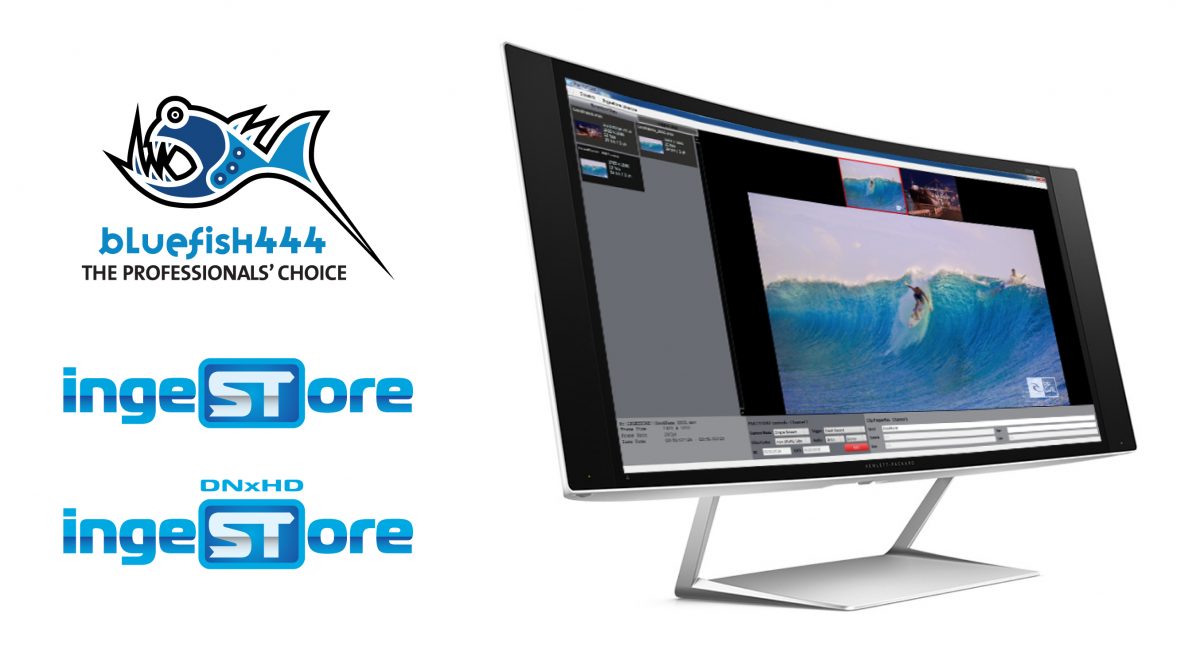 IngeSTore can be used seamlessly in combination with popular NLE software such as Avid Media Composer and Adobe Premiere Pro CC to provide a simultaneous capture and output solution, with compatible Bluefish444 hardware and firmware modes.

♦ 4 simultaneous and independent streams allows capture of multiple inputs from a range of SDI sources.

♦ Simultaneous IngeSTore recording and NLE operation when one or more SDIs are available.

♦ Multiple codec options give flexibility for IngeSTore to easily integrate with your existing workflow, for both uncompressed and compressed formats.

♦ 3 record modes ensure that no matter what your capture workflow, you’ll be able to do so in the easiest way possible. The available record modes are crash record, timecode in/out, and timecode auto.

♦ Edit-While-Record means that you can start editing your footage in Adobe Premiere CC or Avid Media Composer, while your file is still being captured into a growing file*.

♦ The Bundled RS-422 controller software can be used to start, stop, fast forward and rewind RS-422 devices in tandem with IngeStore.

♦ RestFUL API support for remote control functionality of the IngeSTore capture system via an easy to use, flexible, and network-friendly API.

*Edit-While-Record requires the BlueRT plug-in for some formats and codecs.